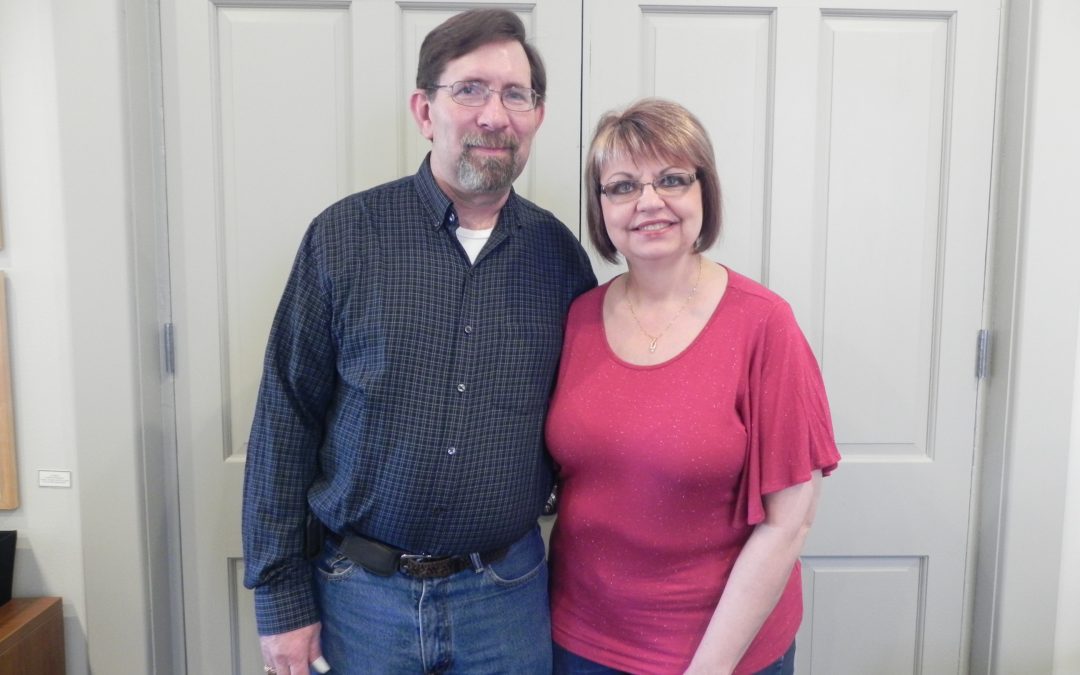 For the past 13 years, Tim and Nancy Nicolai have done more than talk passionately about the needs of homeless people and their children.

As the owners of the Arena Motel in Sioux Falls, the couple often provided temporary shelter for homeless families. They’ve collected food and clothing for people down on their luck and even helped them find work.

Now, the Nicolais are pursuing another strategy. A $10,000 grant from a charitable fund they created several years ago will help Thrive’s new Housing Action Team develop a plan to help the community improve access to programs designed to help homeless families.

Thrive’s mission is to ensure that all children in the Sioux Falls area have the resources they need to reach their highest academic and career potential. The Housing Action Team is the first of as many as a dozen Thrive expects to create over the next few years. Each team will work to eliminate different obstacles to student success.

The Nicolais created a charitable fund to help with housing issues when TV superstar Oprah Winfrey and People Magazine recognized them in 2009 in a national feature about “Heroes in Hard Times.”

Small donations from the around the nation trickled in after the TV coverage and magazine story. The money was deposited into the Nicolai House Project Fund at the Sioux Falls Area Community Foundation.

The Nicolais became painfully aware of affordable-housing challenges in Sioux Falls soon after they bought the 26-room Arena Motel in 2004. One night, a struggling mother with a 12-year-old daughter showed up and had no place to go. Her car had broken down in the motel parking lot. The Nicolais invited the woman to stay in a vacant room and helped her begin a new life.

“We’ve seen that same situation repeat itself probably several dozen times in the last 12 years,” said Tim Nicolai, who worked for Egger Steel Company for 25 years before getting into the motel business. His wife, Nancy, is a cosmetologist who owns a shop in Worthing and also works at one in Brandon.

Although the Nicolais occasionally let people stay in vacant rooms at no charge or at a reduced rate, their motel remains a business, not a shelter. “We’ve still got to pay our bills. So you’ve got to rent rooms and make money,” Tim said.

At one point, Tim had a list of more than 20 programs in Sioux Falls that existed to help people with housing needs. Yet, the people who needed housing help the most seemed to have difficulty finding it, he said.

“Basically, we’ve got a turf war going on out there,” Tim Nicolai said. “In reality, not much is getting done.”

Unfortunately, children, in particular, suffer from the lack of effective coordination and execution of programs.

“A kid who doesn’t know where he’s going to sleep tonight probably isn’t going to do well in school,” Tim Nicolai said.

Initially, Tim envisioned the money from the couple’s fund being used to build additional housing or to facilitate the planning of future construction. Or maybe it could be used in a rental-subsidy program. He at least wanted to create more community awareness about the sizeable, affordable-housing challenge that exists in Sioux Falls.

Recently, while talking to county officials about the local housing inventory and rental costs, he became aware of Thrive and the organization’s intent to address housing issues.

After meeting with Hanson, the Nicolais decided Thrive’s Housing Action Team would be a good place to invest $10,000 from their fund. The grant will pay for technical support to the team during its first two years.

There’s a lot of work to do. Landlords need to cooperate more to address housing needs, and beneficiaries of housing programs need training to help get their children headed in a productive direction, Tim said.

Tim and Nancy hope their contribution to Thrive helps generate additional donations to help parents and their children. “You’ve got to start somewhere,” Tim said.