Prevention is Key to Thrive’s and Kids’ Success

Whether you’re a millennial or a boomer, from the time you wore pullups you’ve been told to take steps to prevent everything from tooth decay to forest fires.

It probably wasn’t much different for your fourth-great grandmother Gladys, who dutifully embroidered samplers with “A stitch in time saves nine,” or “An ounce of prevention is worth a pound of cure.”

Prevention is a maxim for the ages. It’s also a central focus of “Upstream,” best-selling business author Dan Heath’s latest book. “We can pay to fix problems once they happen, or we can pay in advance to prevent them,” he writes.

Heath says that convincing people to invest money and time on prevention is a challenge. Even though the majority of Americans believe it’s smarter to spend money on systems that keep people healthy ― like nutritious food and safe housing ― the U.S. spends $2 to $3 fixing health problems for every $1 it spends preventing them. In comparable countries, health spending patterns are pretty much the reverse.

Prevention in after school time

Sioux Falls Thrive’s Out-of-School Time Action Team (OSTAT) is into prevention in a big way. We know from national studies that the most dangerous time for unsupervised children is after school lets out. We also know that students in after school programs have fewer behavior problems and do better academically. According to the study Augustana Research Institute did for Thrive, there are an estimated 2,000 middle school students in Sioux Falls who need access to structured, enriching after school activities. 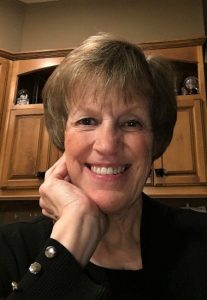 Thrive volunteer Kim Overby agreed to lead a task team that would work to expand existing after school programs. Overby was uniquely suited to the job. Her professional career centered on developing programs to enhance the safety, health, and developmental needs of children.

Then as now, “upstream,” was one of her favorite words. “We’re always in the reactive mode of fixing children’s problems instead of preventing them,” she says.

And Overby agrees with Heath that convincing others to work upstream is a tough sell. “It’s very challenging because you can’t measure what hasn’t happened. People have to rely on research and social theory. It will take several years to show a statistical change from preventive work.”

Looking for a promising place to start, OSTAT reached out to the YMCA, which provides a no-fee afterschool program at Whittier and McGovern middle schools where the majority of students come from low-income families. The resulting YMCA Program Enhancement Task Team will bring volunteers and program staff from other agencies to share educational, athletic, tutoring, and life skills and workforce training with students eager to close an opportunity gap.

Overby thinks what’s amazing about the task team is its willingness to be open, strategize, and analyze to look for solutions, rather than just “jumping and doing.”

“They’re open to changing their minds, to listening, and respecting each other. It’s very different from some other community groups. They’re not asking what’s in it for me, they’re focused on what’s in it for the kids. When you do that you get a whole different outcome. It’s a subtle but significant difference,” Overby says. 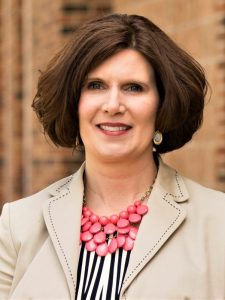 Rebecca Wimmer, Boys & Girls Club of the Sioux Empire CEO, is also a member of OSTAT and the YMCA Program Enhancement Task Team. Her professional life includes several years in Child Protection as well as caring for youth at Children’s Home Society.

Switching her career path 11 years ago was liberating. Instead of intervening to fix the broken pieces of a child’s life, Wimmer now works to prevent those problems from happening.

Prevention plays a big part in a child’s future success in life. “Our goal is to equip children with a toolbox they can use to manage adversity throughout their lives,” Wimmer says.

“Kids do not naturally know how to manage challenging situations in life. They will replicate those behaviors they see modeled for them whether at home, in the school yard, or in their neighborhoods. Not all of those experiences are positive.”

The best after school programs address all aspects of a child’s life, their physical well-being, social and emotional needs, character development, and academic and career success. “Whether it’s relationship issues, racial tension, or food insecurity, children need to learn how to successfully navigate life. Each one of us has the opportunity to influence their experience,” Wimmer says.

That’s why collaborating to expand access to free after school programs is so important. “Not all kids have access to the same opportunities,” Wimmer says. “But when school is out, all of them need a safe place to be and to belong to be successful in life.”